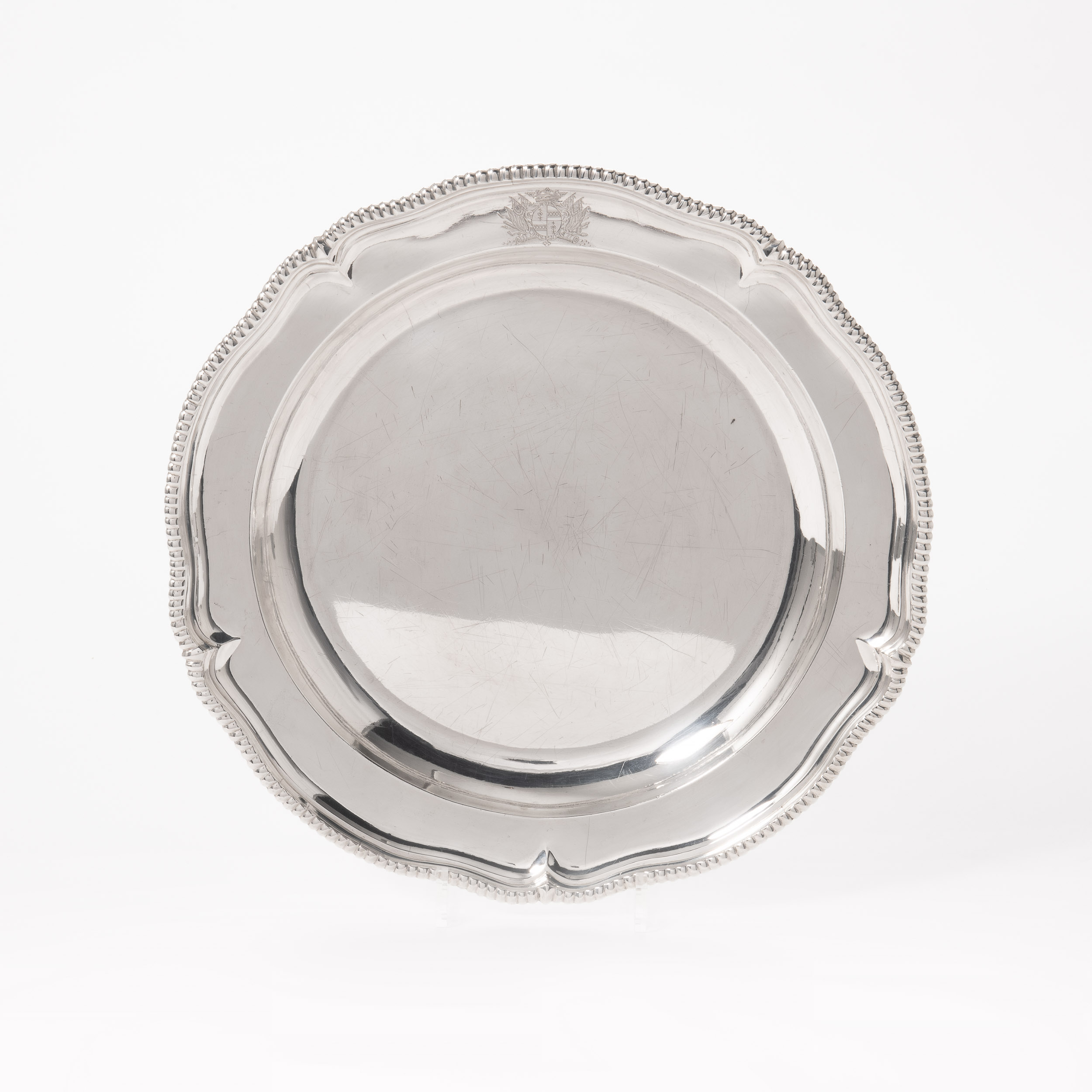 A Dutch silver salver
Mark or Francois van Stapele, The Hague, 1749
The shaped dish with reeded rim, the border engraved with the coat-of-arms of Van Aylva.
diam. 38 cm
Weight approx. 1567 g
Provenance:
– Baron Van Aylva van Waardenburg and Neerijnen
– Baron and Baroness Van Pallandt-Torck van Rosendael, thence by descent to present owner
Note:
The engraving of the coat-of-arms is surrounded with decorations of military symbols such as canons. Most probably this refers to the illustrious member of this extinct Frisian family Van Aylva, lieutenant general Hans Willem Baron van Aylva (1633-1691) also known “de Ontzagijke”, who took part in the The Raid on the Medway, during the Second Anglo -Dutch War in June 1667 on behalf of the Frisian Admiralty.

Estimate
€ 800 - 1.200
Result
€ 15.000
We use cookies on our website to provide you with the most relevant experience by remembering your preferences and repeat visits. By clicking "Accept" you agree to the use of ALL cookies.
Cookie settingsACCEPT
Manage consent