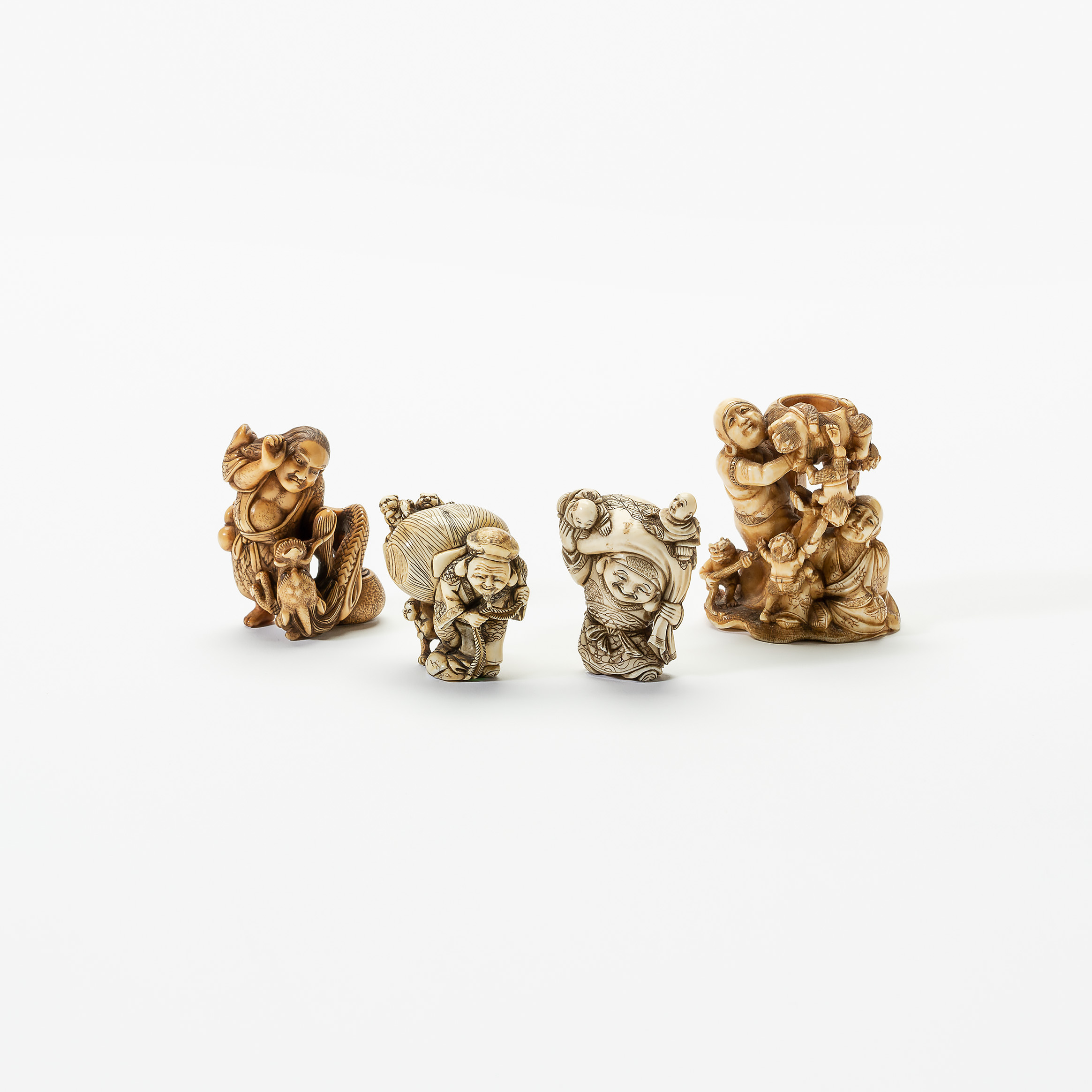 A collection of four Japanese ivory netsuke
First half 19th century
Comprising a finely carved Handaka, with the dragon living in his alms bowl; a Daikoku with three Oni on his hammer, signed Gyoku-san; a Hotei with two karako on its sack; and a group of two deities holding a hibachi teased by Oni, signed Kyokuga.
H. 4-5.9 cm
Provenance:
Private collection, the Netherlands
(4x)

Estimate
€ 600 - 800
Result
€ 1.400
We use cookies on our website to provide you with the most relevant experience by remembering your preferences and repeat visits. By clicking "Accept" you agree to the use of ALL cookies.
Cookie settingsACCEPT
Manage consent