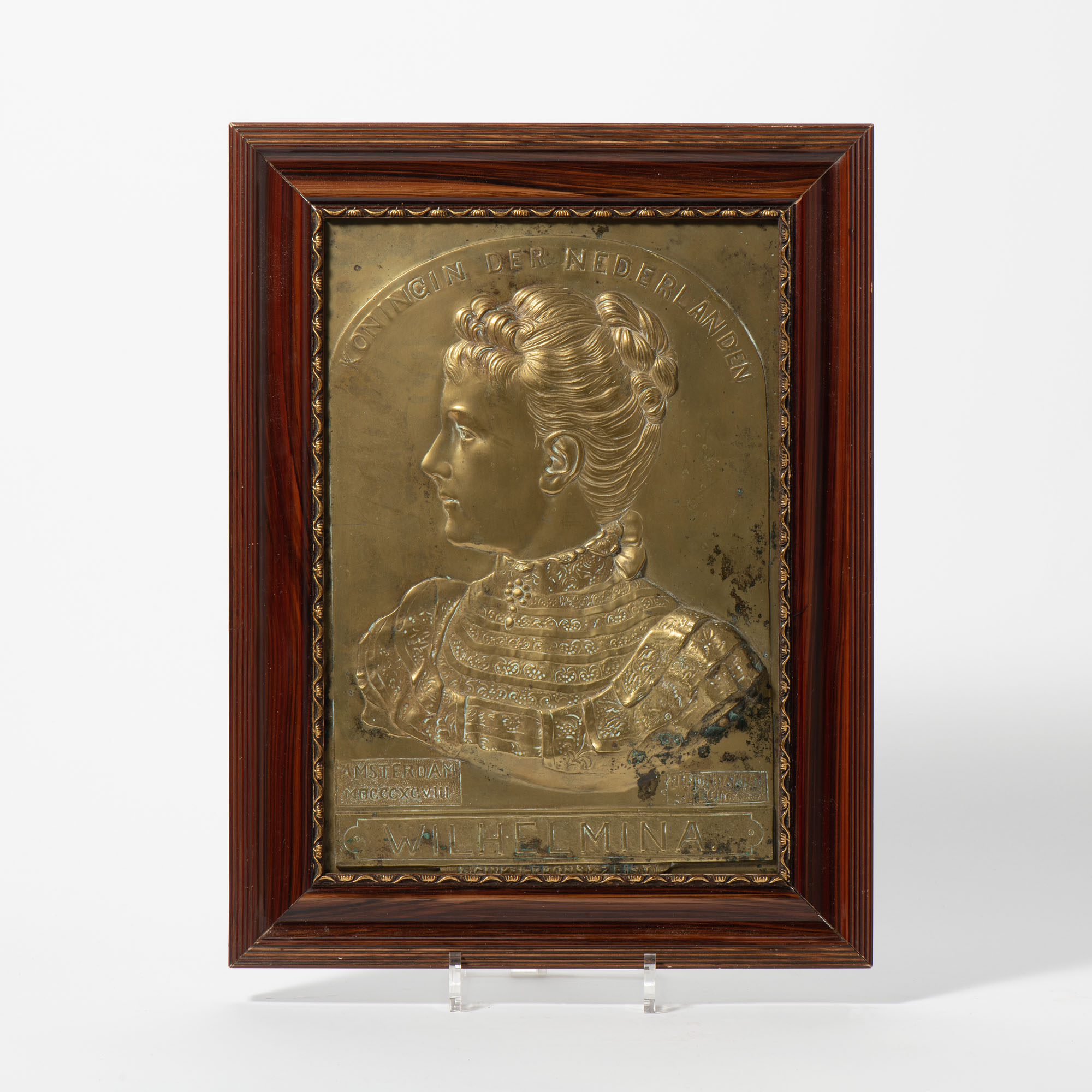 A bronze plaque by Johan Hendrik Baars
(Amsterdam 1875 – 1899)
Depicting Queen Wilhelmina of the Netherlands.
H. 43.8 x W. 33.4 cm (incl. wooden frame)
Note:
This plaque was made on the occasion of the inauguration of Queen Wilhelmina in 1898 and was cast by JS Van Ginkel in Zeist. A competition was held to design the inauguration medal for Wilhelmina, which was won by Johannes Wieckecke (1872-1945). Although Johannes Hendrikus Adrianus 'Jan Hendrik' Baars only won the second prize, he received several commissions to design medals depicting Queen Wilhelmina and other important people.

Only two of these plagues are known, one of which is in the collection of the Geschiedkundige Vereniging-Oranje-Nassau (GVON) and was given on perpetual loan to Paleis Het Loo in Apeldoorn.

Estimate
€ 600 - 1.000
Result
€ 600
We use cookies on our website to provide you with the most relevant experience by remembering your preferences and repeat visits. By clicking "Accept" you agree to the use of ALL cookies.
Cookie settingsACCEPT
Manage consent